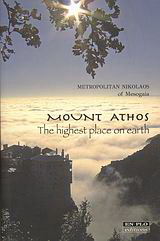 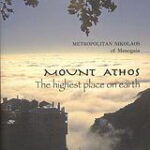 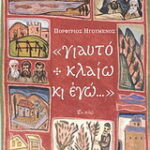 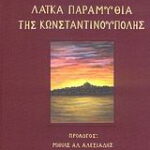 The Highest Place on Earth

“Mount Athos, or the Holy Mountain. Its name contains two words: the word mountain—something you can climb with your feet, and the word holy— which you may `ascend` through your prayer. On the mountain you discover peaks. On the inner ascent caves are revealed to you. The caves of the mountain conceal much more than its summit reveals: for the caverns are hidden, while the peaks can be seen.
Here you could hear the things that cannot be told and see the things that cannot be seen. Every hermitage is like a deep well. Physicists tell us that from the bottom of a well you can see the stars at midday. The walls of the well absorb the sunbeams reflected upon them, and the hermitage absorbs every sound, image or worldly care, allowing the ascetic to hear, see and think clearly without being distracted…”

What exactly is an ascetic and what on earth is asceticism, or monasticism, for that matter? What does a saint look like and what does he do and say? Can the human person go beyond what is humanly possible? Can the irrationality or the non-reason of the fool be greater and more rational than human reason? All these questions, and more, are the signposts by which the author follows his spiritual quest as he walks the paths ofAthos, treading the inner way of the spirit, climbing to the highest place on earth…